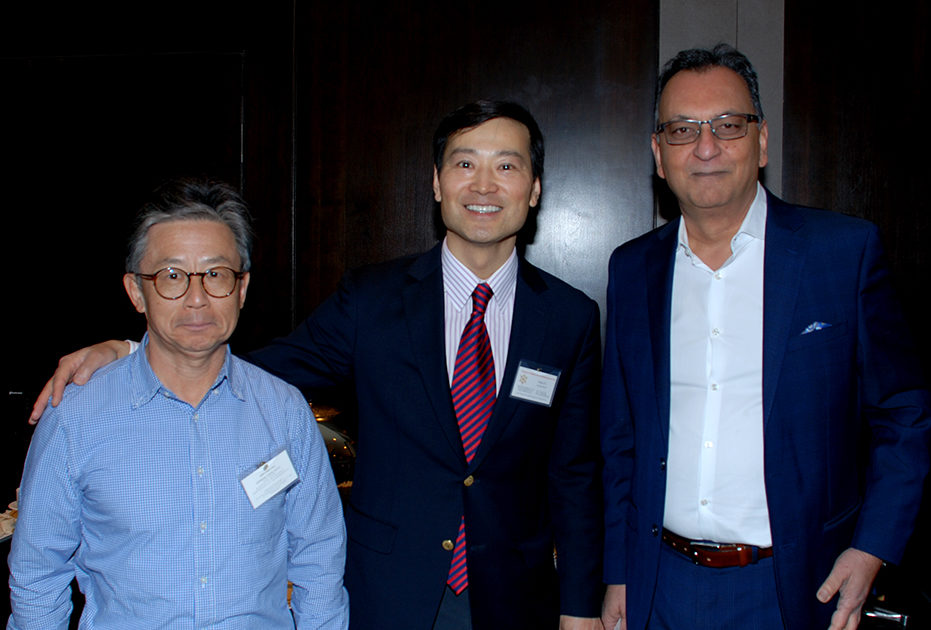 Mr. Bassett’s presentation began with an overview of Pinnacle Renewable Energy – one of the world’s largest wood pellet suppliers with operations throughout British Columbia and the U.S. Pinnacle’s partners include such companies as Canfor and Interfor to name just two. Bassett highlighted the many benefits of using wood pellets as a sustainable, low-emission alternative to coal. He described the process of how the wood is collected, processed, dried and turned into pellets before being shipped to international markets via Westview Terminal in Prince Rupert and, most recently, Woodfibre Terminal in North Vancouver. With the expansion to Woodfibre, Pinnacle entered into a long-term agreement with NYK Bulk & Project Carriers which included the launch of a new Handy-class vessel, the New Pinnacle. The ship will carry roughly 33,000 tonnes of wood pellets on an average of six sailings per year.

Mr. Hexter first noted that, as the shipping arm of Vancouver-based Methanex, the world’s largest supplier of methanol, Waterfront Shipping has a fleet of roughly 30 deep sea vessels ranging in size from 30,000 to 50,000 dwt and trading globally. Eleven of those vessels have methanol flex-fuel engines, developed in partnership with engine manufacturer MAN Diesel. Hexter described the benefits of using methanol as an alternative fuel for shipping, noting that it burns at half the energy level of conventional marine gas oil and, while requiring greater storage capacity, is a feasible alternative fuel for shipping that is biodegradable, water soluble and environmentally friendly as well as cost-effective.

Before ending the meeting, Haijun introduced Alistair Johnson who represents the Tig Rig Retro Fit Sail System. Johnson gave a brief overview of the system which provides a way to retrofit sails to the world’s existing flat-deck merchant ships, tankers and bulk carriers, resulting in an average fuel savings of eight per cent.

In thanking guests for attending, Bernie encouraged everyone to suggest interesting speakers for future lunches. The next luncheon will be scheduled at the end of April.