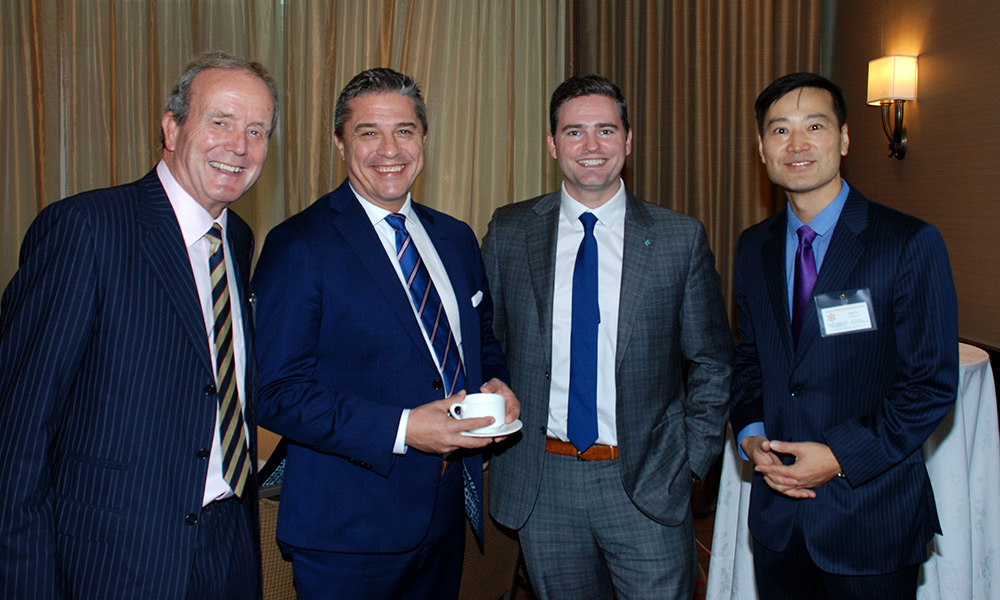 The first presentation, from Rick Mackenzie, Vice President of RBC Global Asset Management, gave an overview of the current issues affecting the world economy and the potential impacts that could be seen depending on how each scenario played out. Mackenzie started by noting global cyclical trends which show the current cycle heading for a slowdown. “It’s hard to predict the likelihood, severity or
expected timeline of a recession,” Mackenzie said, adding that U.S. consumer indices are still healthy and that global monetary policy has been more accommodating of late to soften the impact. Citing a number of factors that are impacting on the current cycle – unpredictable trade policies and Brexit being
two of the most significant – Mackenzie’s forecast was one of continued volatility and potential shifts in capital assets. In looking specifically at Canada, he provided insights into the implications of the Canadian election on our resource-based economy.

Casey McCawley, Vice President, West Coast Operations of Parrish and Heimbecker, focused on Canadian grain exports and the drivers which were impacting supply and demand. Looking at global demand first, McCawley pointed to three factors that were impacting on demand: 1) the Asian swine flu and the culling of pigs (so less demand for feed); 2) the impact on trade patterns due to a disruption caused by U.S. / China trade negotiations; and 3) reduced ethanol inclusion (albeit recent U.S. policy shifts to increase ethanol have lessened the negative impact of this).

In Canada, McCawley noted a number of issues that were affecting grain exports, including Chinese canola restrictions; Indian tariffs on peas; Italy’s requirement to have country of origin labelling on pasta; and Vietnam’s restriction of grain in response to detection of thistle seeds.

Before forecasting grain exports for the coming year, McCawley cited poor weather as having an impact on production so the level of harvest is uncertain. He predicted that, while the same production levels could be seen as last year, the quality of product would be lower.

The date of the next Vancouver Shipping Lunch will be announced shortly.